FROM WEIGHING GRAINS TO GETTING GAINS: THE HISTORY OF THE KETTLEBELL:

FROM WEIGHING GRAINS TO GETTING GAINS:

THE HISTORY OF THE KETTLEBELL 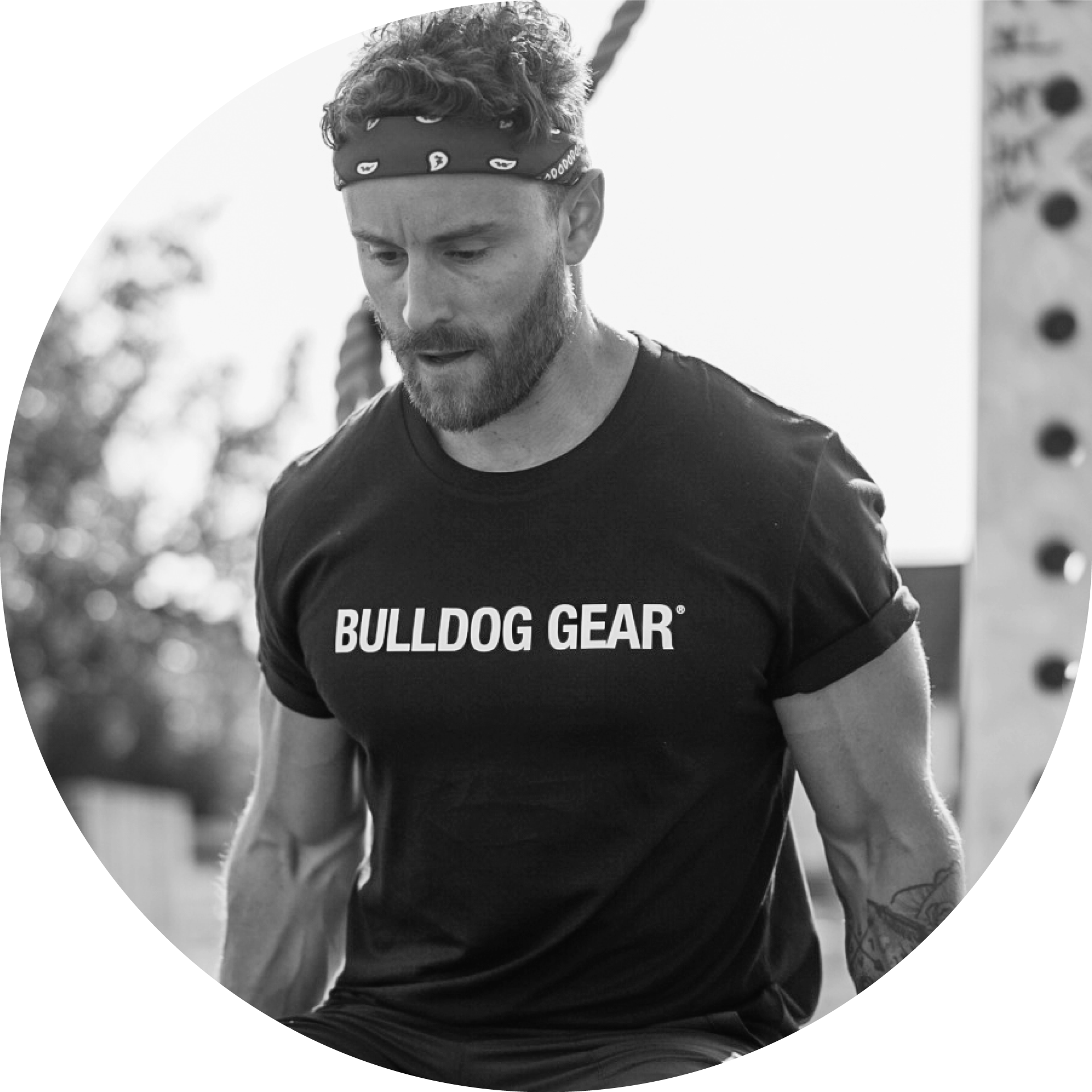 I’m a sucker for a story. A narrative. Most things we purchase or consume in modernity are simply solutions to problems, which is great. But give me something that evolved organically into what it’s used for now, something that was repurposed, reimagined or simply picked up and used for something that is was never meant to do, and I’m all in. The Kettlebell is an exemplar par excellence of this particular penchant of mine.

Gather round, here’s the campfire tale.

Originating in Russia in the 18th century, designed as a counter balance to weigh grains, the purpose of the handle was to transport the ‘girya’ as they were known, to the scales. The heavier the bell or bells used to achieve equilibrium on the scales the greater the volume of grain. Pragmatic.

The story goes that a local rivalry sprang up between a group of farmers, each trying to best each other in an attempt to see who could lift the heaviest girya overhead, or who could repeat the most repetitions. Word soon spread and before long circus strongmen were adopting heavy girya lifting in their acts, to the applause of rural audiences who could easily relate to just how much these iron balls weighed. 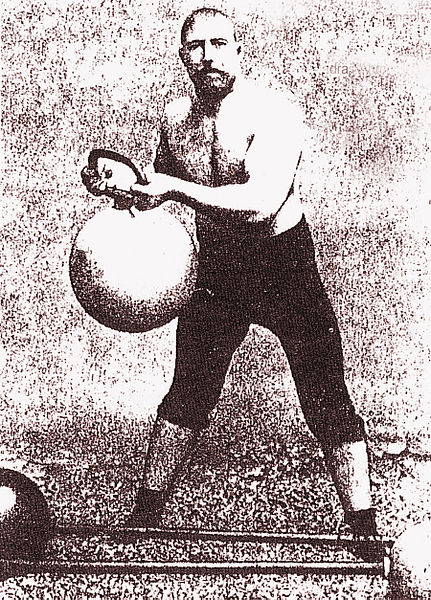 In 1885, with the founding of the "Circle for Amateur Athletics”, competitive kettlebell lifting or girevoy sport was born, cementing forever the kettlebell’s transition from farm yard tool to weapon of mass construction. Lifters would participate in a number of different events, training the snatch, the jerk and the ‘long cycle’, a brutal endurance event where competitors attempt to clean and press either one or two bells, as many times as possible, in ten minutes.

Once manufacturing began en masse of competition kettlebells, sizes were standardised and measured by ‘pood’, a Russian unit of weight being equal to about 16.38 kilograms. What we know today as 16kg bell being 1 pood, a 24kg being 1.5 and a 32kg measuring in at 2 pood.

The Kettlebell crossed the Behring Strait in the 90’s, with infamous strength coach Pavel Tsatsouline being credited with bringing the girya to the west. Pavel however had ambitions for the kettlebell beyond the sport itself, his strength training exercises focussing not just on the long cycle, cleans and jerks but on building practical strength and mobility through the introduction and formalisation of a series of new movements, introducing these to US Special Forces, Navy SEALS and Russian SPETZSNAS alike. 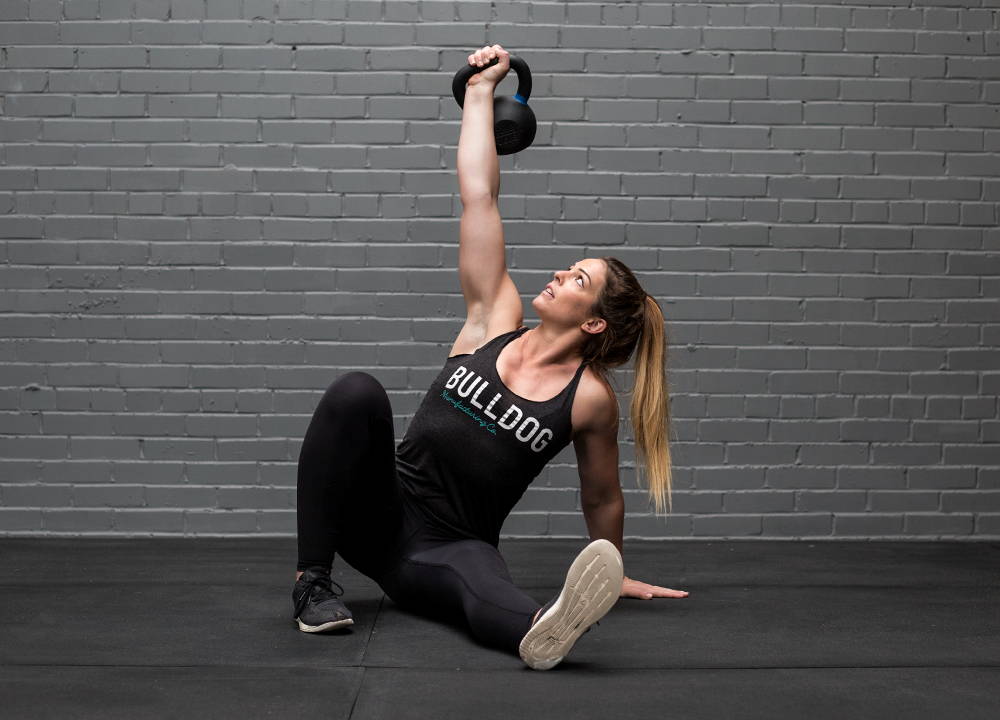 The rise of Crossfit saw a second renaissance for the kettlebell, it’s application ascending again, beyond a sport, beyond a single minded training tool and into a practical addition to any trainees toolbox.

The kettlebells’ off centre load gives it the quality of ‘accelerating’ throughout the rep, meaning it effectively has a different weight at different parts of the rep of many exercises and this can differ depending on the speed of execution. The centre of mass being positioned away from the handle makes it perfect for ballistic movements and swinging motions. Taming the bell requires and fosters a much more ‘brutal’ strength than you might otherwise find with a dumbbell or machines. 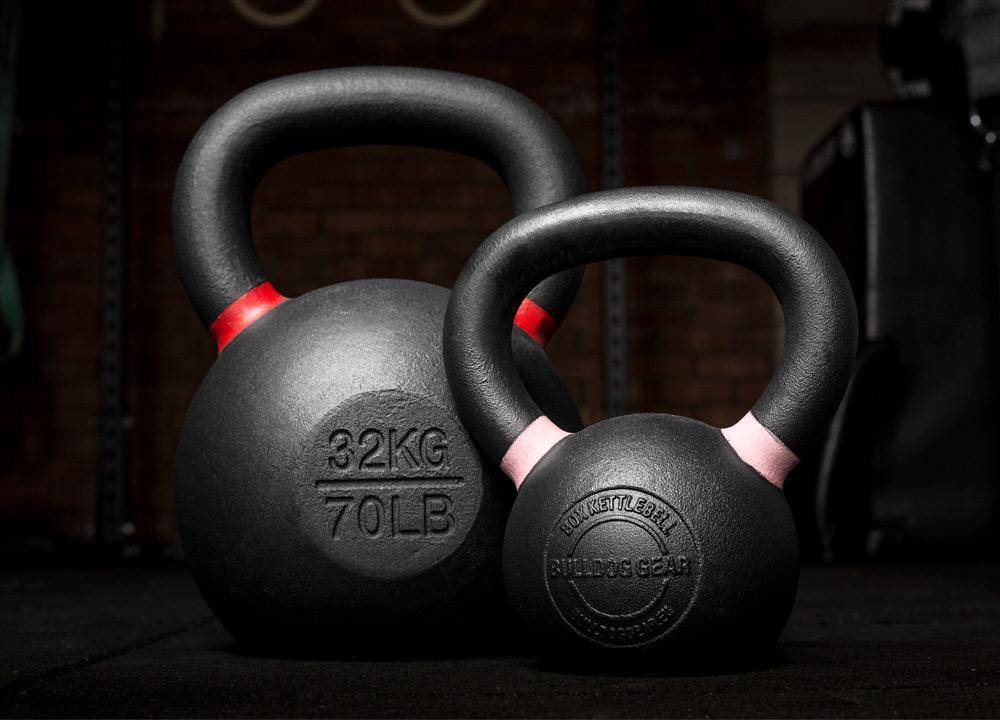 In modern times, Kettlebells have become an irreplaceable tool, lauded for their versatility, portability and convenience, saving many a gym go-ers gains during the 2020 pandemic and subsequent gym closures.

From farm yard tool, to gym staple- the evolution of the girya is undoubtedly a testament to our ability to find a challenge anywhere.

HOW TO MASTER THE MUSCLE UP