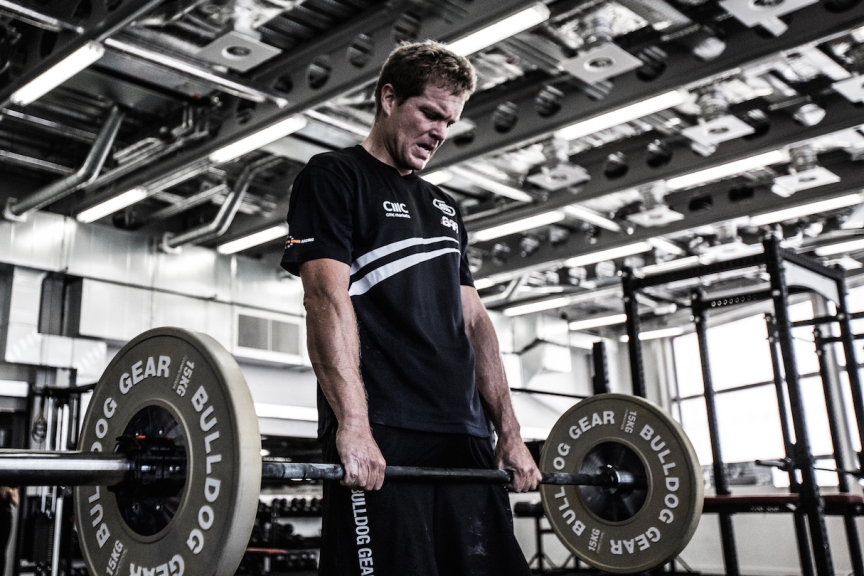 Fitness brand Bulldog Gear has been named as an official base supplier for the team in the build-up to the 35th America's Cup.  The team are set to embark on the Portsmouth leg of the prestigious competition in July, having recently returned from Chicago.

Founded in 2011 with support from youth charity The Prince’s Trust, the Staffordshire-based Bulldog Gear is now one of the leading strength and conditioning equipment manufactures and online retailers in Europe. The company is the brainchild of fitness fanatic Kieran Heinich, 27, from Uttoxeter, who received training, mentoring support and a £4000 low-interest loan from The Prince’s Trust five years ago.

From the humble beginnings of starting the company in his back garden, Kieran and Bulldog Gear can now boast in house CNC laser cutting, CNC machining, welding and CAD/CAM facilities enabling them to design and manufacture a wide variety of fitness and conditioning equipment.

Sir Ben Ainslie said: “The equipment provided by Bulldog Gear is world class, helping us to prepare for and maintain the fitness levels required to bring the America’s Cup home. Not only did using a young, entrepreneurial company tie in with our ethos at Land Rover BAR but as a Prince’s Trust ambassador, it was a pleasure to work with a business that was founded with help from a charity that is close to my heart.”

This year marks the 40th anniversary of The Prince’s Trust, which has supported more than 825,000 young people since 1976 to get their lives on track. Through its Enterprise programme, The Trust has helped more than 80,000 young entrepreneurs set up in business.

Paul Beesley, senior head of enterprise and employment in central England said: “Kieran has shown real entrepreneurial spirit and his achievements prove that given the right tools and support, young people can create a successful future for themselves. Through our Enterprise programme, The Prince’s Trust is committed to helping young people turn their passions into businesses, and we encourage budding entrepreneurs with an idea to get in touch."

Heinich, the managing director of Bulldog Gear, added: “The support I received from The Prince’s Trust was invaluable, particularly the input from my business mentor who brought a wealth of expertise and experience that I wouldn’t otherwise have had access to. It’s a great privilege to work with such a prestigious client as the Land Rover BAR team and hopefully Bulldog Gear equipment helps them bring the America’s Cup home.”

Bulldog Gear have had a successful start to 2016, winning contracts to supply the British Army in Kenya, the Royal Military Academy at Sandhurst and The Army School of Physical Training in Aldershot. The company is also working with the Ministry of Defence and UK Special Forces as well as supplying equipment to numerous commercial CrossFit gyms across the UK and Europe. Signup for our newsletter
© 2021 Bulldog Gear. Theme by Clean Themes. POS and Ecommerce by Shopify