Have you been struggling to do everything you want to do with your kit during lockdown? Or maybe you’re looking to squeeze a little more out of the weights you have available, before making any upgrades.

Utilising any of the following three methods should give you everything you need to turbo charge your workouts, without having to break in to the piggy bank for an update to your iron collection.

But first, let’s take a look at just why being ‘stuck’ with minimal kit is a blessing in disguise, if you approach your training the right way…

Minimalism in fitness isn’t necessarily about going without, just for the sake of it, but about learning to wring the absolute most out of what you do have available to you.

If you’re following a structured programme this can sometimes feel difficult, especially if you’re only working with one or two bits of equipment.

The quickest way to get over this hurdle is to start thinking about your training in terms of movement patterns, as opposed to just exercises. For instance, your programme may call for a barbell push press or bench press, but as soon you break these down into a vertical press or horizontal press, respectively- you’ll quickly see they can be performed with dumbbells, kettlebells or even an atlas ball.

You may not have access to all of the toys you’d usually have at the box or gym, and it might be some time before you do, but spending this time wisely, attempting the movement patterns you’re familiar with, with some different apparatus, will provide you with new stimulus, which is pivotal for progression, and dare I say- fun?

Now we’ve looked at the 30’000ft view of training with minimal resources, let’s look a bit closer and see how we can apply maximum ingenuity, for continued gains, whatever your goals are. 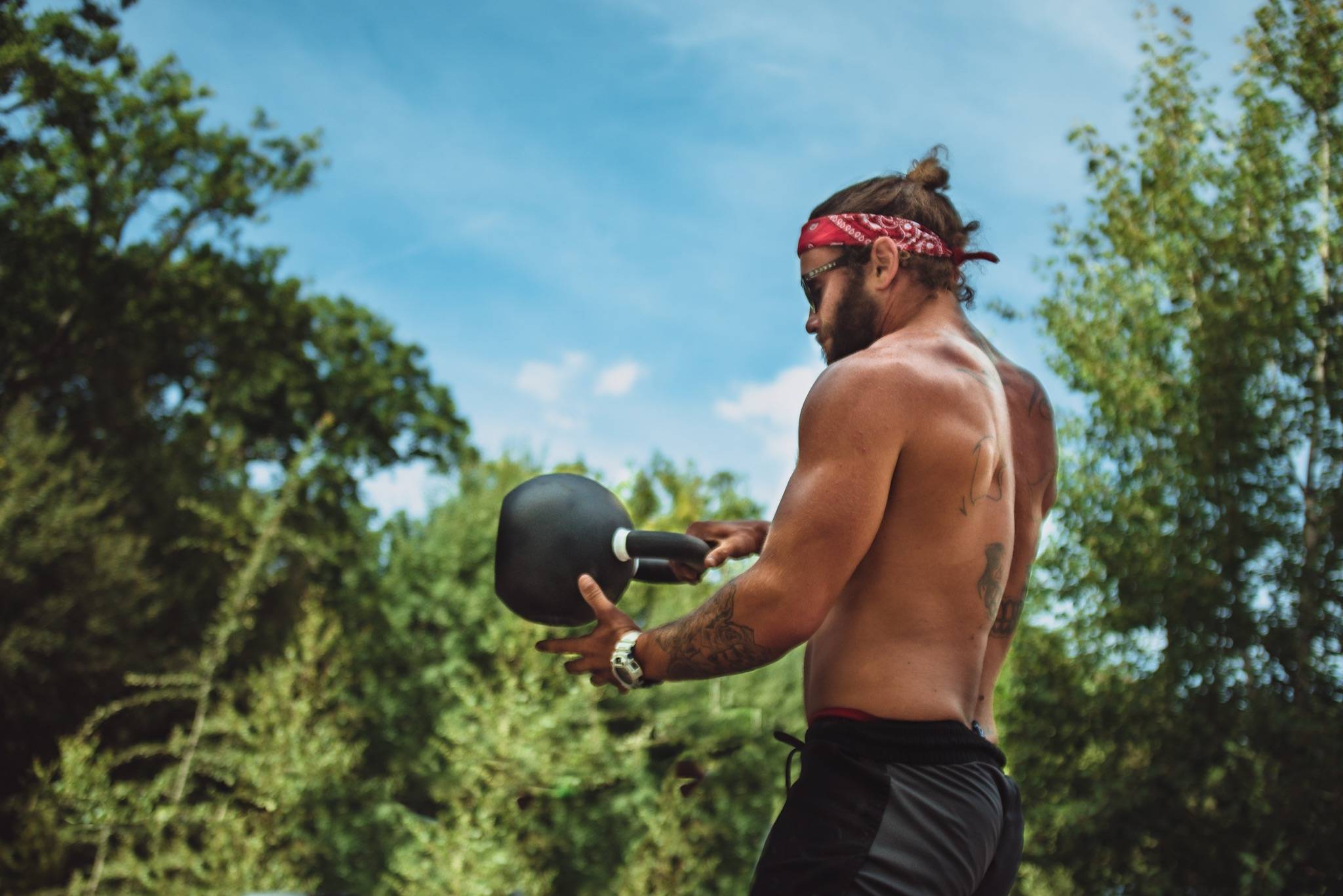 Pre exhaust supersets are simple and easy to execute, and are one of the quickest ways to make light weights feel heavy, and create a greater a stimulus on the muscles you’re trying to work.

There are a few ways to lay these out, some of which are covered in the other entries on this list, but one of the quickest (and most readily available) methods is to simply use a band to execute a high rep set of an exercise that targets the *secondary* movers of the prime lift you want to maximise, before moving into your main movement, forcing the primary muscles involved to recruit more motor units to compensate.

For example- if you’re locked down with dumbbells that are a little on the light side for your bench press, hit a set of high rep resistance band press downs before each set, fatiguing your triceps and forcing your chest and shoulders to work overtime to compensate, giving you more bang for your buck out of the same sets of dumbbells.

Conversely (and perhaps deserving an entry of it’s own), you can flip this protocol, starting with your primary movement then moving into a high rep band accessory movement, in this case taking advantage of the pre exhaust effect to work the triceps further, essentially working in an assistance exercise, while increasing the total volume of the workout, in a time savvy manner. 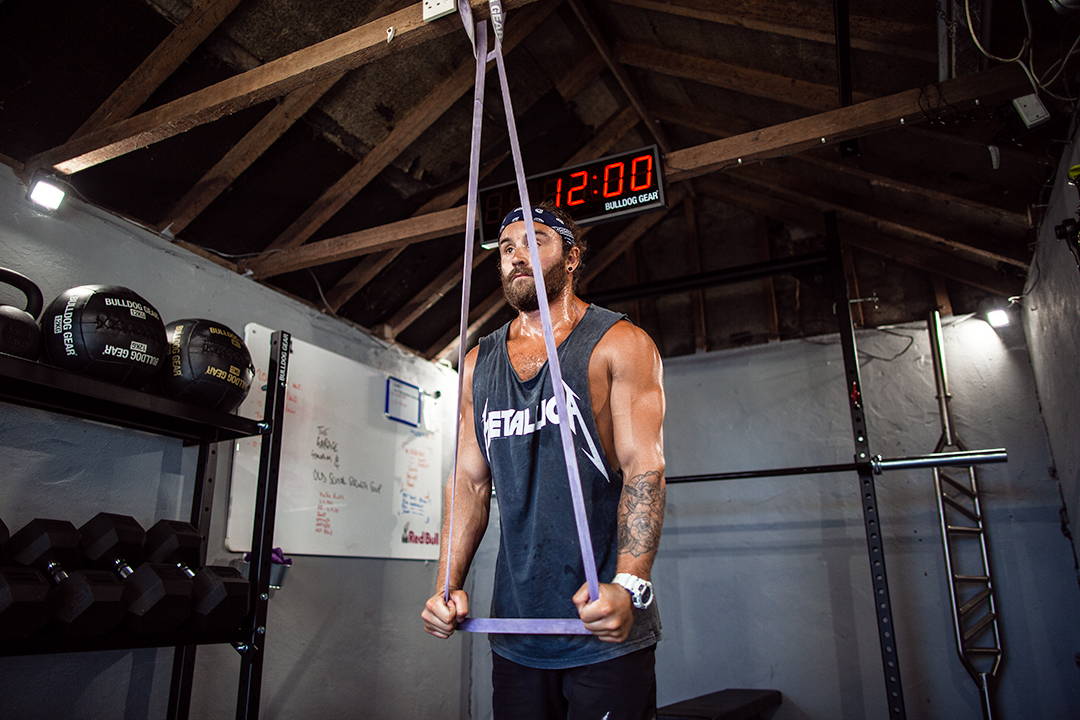 If banded supersets sound like your cup of tea, but you’re struggling to find a rubber companion to up your training game- number two on the list sheds some light on a slightly different pairing, that may be more useful, more functional and more versatile.

People often argue over what’s more effective- resistance training versus bodyweight only training; but in my experience they’re incredibly synergistic when employed together, and to lean too far in one direction is to miss out on the many benefits offered by the opposite approach.

Unlike the last point, where we discussed using bands to pre exhaust your prime movers before moving into a dumbbell movements, bodyweight/ weight supersets work great either way around and the order of your programming is going to be largely dictated by your strengths and weaknesses.

For example if you find strict handstand push-ups tough but achievable, a low rep set worked in immediately prior to a high(er) rep set of overhead presses with your dumbbells will not only create localised fatigue before you begin your set, necessitating the recruitment of more muscle fibres, but there’s plenty of anecdotal evidence to suggest that the body control and focus on ‘mind muscle connection’ often found in gymnastic movements, can be extremely advantageous when moving immediately into similar movement patterns, with weights.

On the flip side, you could also BEGIN your couplet with a weight based movement, and follow it up with a similar bodyweight movement, albeit less challenging, that allows you to rep out.

Often bodyweight movements can prove to be far more joint friendly and conducive to higher rep sets, meaning that once you’ve got everything you can out of your dumbbells, you can elongate your set, further driving up the stimulation.

Finally, you could pair both techniques, creating a protocol that takes advantage of a variety of rep ranges and lever manipulations to get the most bang for your buck out of those ‘bells, using a ‘mechanical drop set’ (again, a method probably warranting an entry all of it’s own). 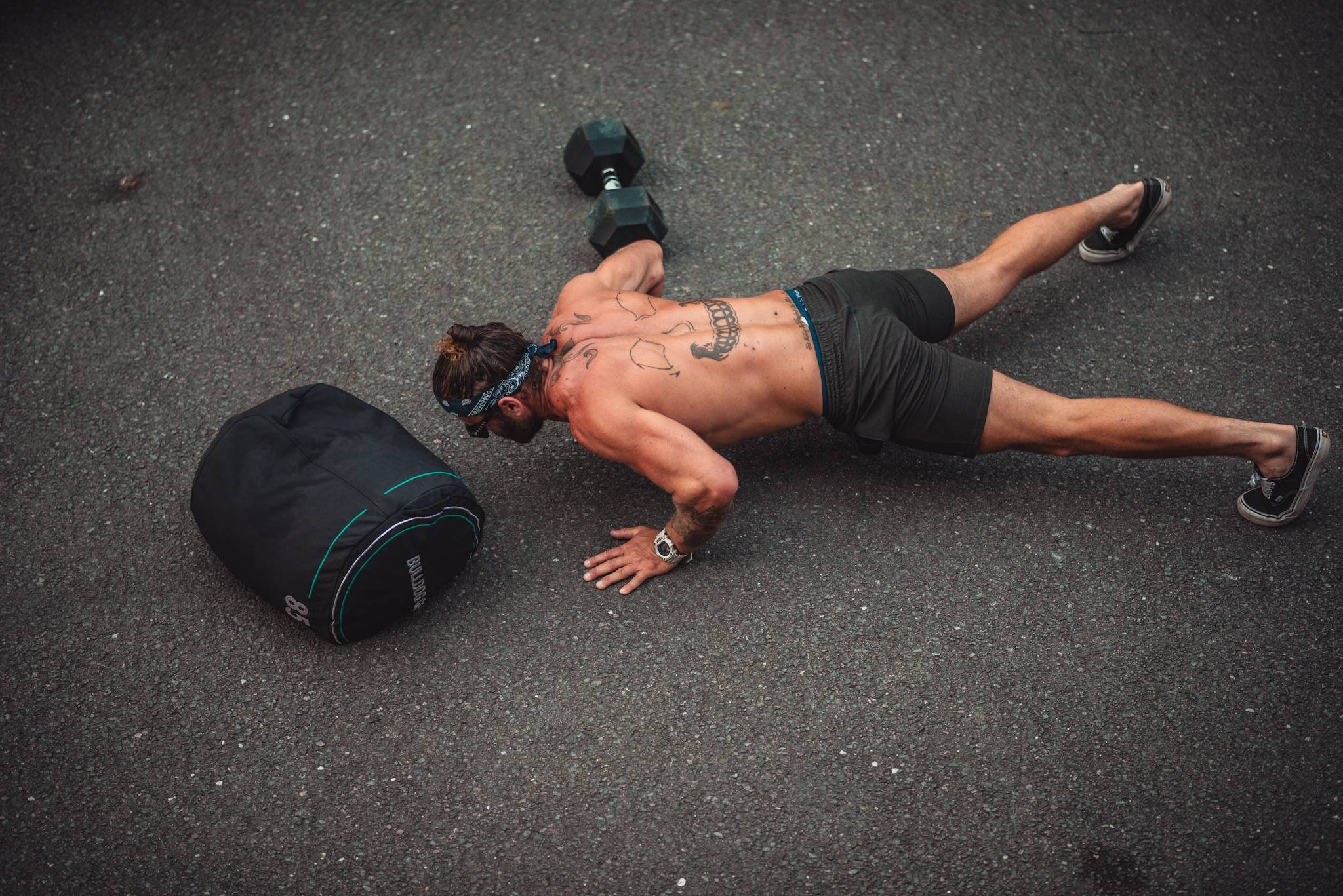 The previous two points cover techniques to increase the intensity of your sessions, utilising methods that help to drive up localised fatigue and stimulate the muscle groups being worked, even when you’re ‘stuck’ with a limited selection of weights.

With our final entry I want to completely turn that idea on it’s head, and show you a bulletproof technique to *avoid* fatigue accumulating locally, prolonging your ability to maintain good form and intensity, and hopefully increasing the overall effective volume of your sessions, providing you with a huge amount of bang for your buck from your programme, especially if your goals include hypertrophy.

Unlike the previous points, where we’ve looked at using economic, peripheral tools such as bands and your bodyweight to create a pre or post exhaust effect on a single muscle or movement pattern, here we’re going to lean into ‘antagonistic supersets’, essentially using two opposing movement patterns, back to back, to prolong your ability to perform at a high level on both; hopefully facilitating more high quality volume throughout your session.

The overarching idea here, is that by performing similar but opposing movements concurrently, you’re creating more rest time for each individual movement, allowing the recovering muscle to not only rest but in some cases stretch (as the opposing muscle group contracts) , whilst continuing to pump blood into the adjacent area, ready to perform again.

For example, pairing a set of dumbbell push-presses with pull-ups, using an alternating EMOM protocol (Every Minute On the Minute) will double your recovery time on both movements (versus straight sets), whilst still greasing the same groove and articulations and keeping fresh, nutrient rich blood pumping to (and from) the area

As in the above example, and taking a cue from our last point, pairing a weighted movement with an antagonistic bodyweight movement will allow you to operate with minimal equipment, whilst further minimising fatigue and prolonging workout quality and intensity. 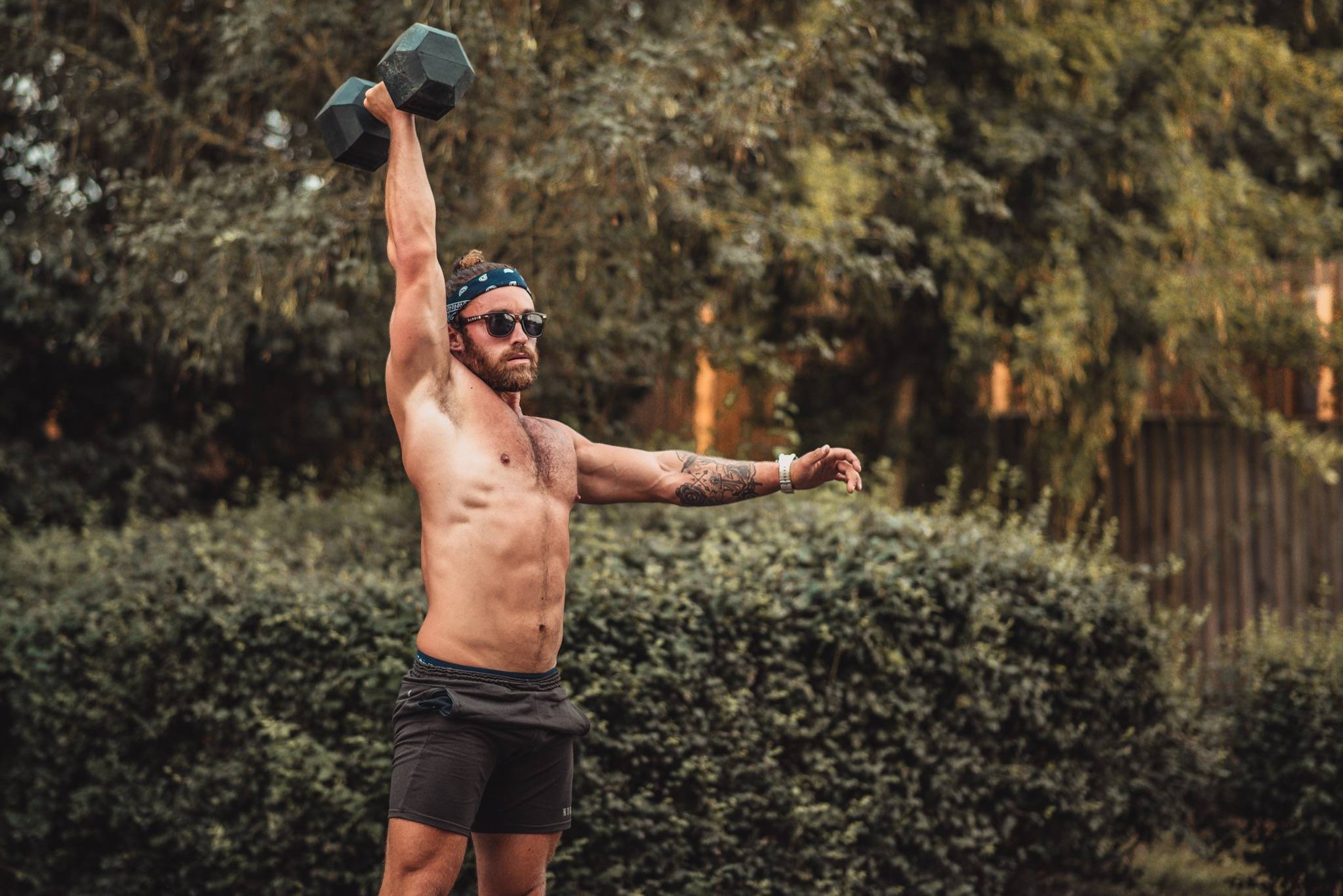 As we move into ‘the new normal’, even as gyms and boxes begin to reopen, there’s a high chance that equipment will still be at a premium, and the days of moving freely around the gym from piece of kit, to piece of kit are still a long way off. The above techniques aren’t just ideal if you’re working (out) from home, with limited resources, but they’ll also allow you to create your own efficient, gym based workouts- working in a small area, with minimal kit, utilising your own bodyweight and a small selection of weights.

In addition, keeping your gym workouts simple, following these protocols, will also allow you to keep some degree of continuity if you find yourself tempted to split your training time between the box and the garden.

By relying on tried and tested techniques, rather than a huge variety of equipment, even when you have access to it, you’ll never be left wanting.